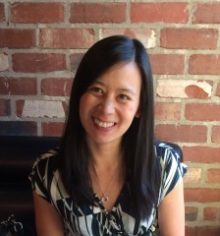 Dr. Cynthia Seow is currently an Associate Professor in the Cumming School of Medicine at the University of Calgary. She completed medical school, internal medicine and gastroenterology training in Australia, then undertook a 2 year clinical research fellowship in IBD at Mount Sinai Hospital, Toronto, concurrent with a Masters in Clinical Epidemiology at the University of Toronto. Her primary research interest is in Materno Fetal outcomes in IBD. Dr. Seow leads the University of Calgary IBD pregnancy clinic which was established September 2012, and that is linked to a research registry and biorepository. She is the research chair of MORe CaRe – IBD (Maternofetal Outcomes Research, a Canadian Registry in IBD), a national working group which aims to link interested researchers and clinicians.

Dr. Seow is the shared first co-author of the Canadian Association of Gastroenterology endorsed Clinical Practice Guidelines that resulted in The Toronto Consensus Statements for the Management of IBD in Pregnancy published in Gastroenterology in March 2016. She is on the committee of the Sex, Gender, and Sexuality Interest Group for the IMAGINE SPOR Network. Other research interests include pharmacokinetics.

She was on the steering committee of the Australian consensus statements on therapeutic drug monitoring of anti-tumour necrosis factor therapy in IBD which was published in 2017 with her previous publication demonstrating that trough infliximab levels were predictive of clinical outcomes in ulcerative colitis in Gut 2010. Dr. Seow combined her research interests of maternofetal outcomes and pharmacokinetics in IBD with a 2017 publication in Alimentary Pharmacology and Therapeutics on “The effects of pregnancy on the pharmacokinetics of infliximab and adalimumab in inflammatory bowel disease.”

Dr. Seow also has a clinical interest in the transitioning of individuals with IBD from the pediatric to the adult setting. She presents at local, national and international meetings on the above research topics, and also provides small group education. Other research interests include active involvement with the Cochrane collaboration for which she is an editor and author on a number of systematic reviews and metanalyses in the area of IBD.