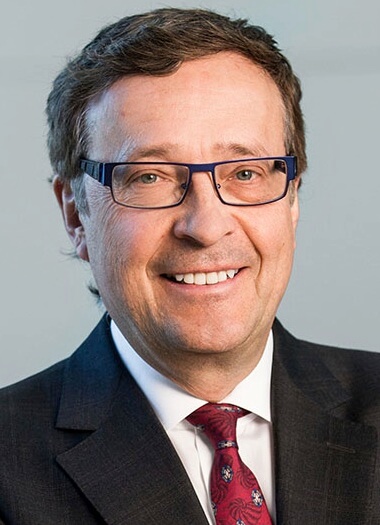 In Memoriam 1955–2018
Founder and Chair of Mentoring in IBD
Dean, Faculty of Medicine and Dentistry
Professor of Medicine, Division of Gastroenterology
University of Alberta
Edmonton, AB

“And in the end, it’s not the years in a life but the life in those years.” —Abraham Lincoln

We grieve the loss of Dr Richard Fedorak, the founding Mentor of Mentoring in IBD, and Dean of the Faculty of Medicine & Dentistry at the University of Alberta.

Much has been written in tribute to Richard Fedorak’s remarkable career and formidable accomplishments in medicine and clinical research—from his early days as an academically gifted young student in Edmonton, through his many leadership positions at the University of Alberta, and beyond.

We invite you to visit http://edmontonjournal.remembering.ca/obituary/richard-fedorak-1071276403 to travel the arc of his life and times.

We write in honour of one particular gift among Richard’s many legacies. In 2000, Richard conceived an idea to bring an annual, national, continuing health education program to Canadian gastroenterologists who specialize in the management of inflammatory bowel disease and he called it, Mentoring in IBD.

During the 23 years since the first symposium, Mentoring in IBD has evolved into an innovative curriculum that includes regional chapters in Western and Atlantic Canada, Mentorat sur les MII in Quebec, IBD Dialogue – both Classic and Special Editions, E-Mentoring in IBD, and www.mentoringinibd.com. Each component is founded on the consistent, practical and clinically relevant objectives of Richard’s vision:

Richard’s conception of Mentoring in IBD reached “beyond the evidence” to bring home the latest and the greatest scientific knowledge in the evolving field of inflammatory bowel disease to Canadian specialists—always driven by the goal to translate research into practice and ultimately improve outcomes for people who live with these chronic diseases. Richard Fedorak meant so much to so many people—a caring and charismatic human being, a challenging and collaborative colleague, an inspiring and supportive mentor. It is impossible to express how much he is missed.