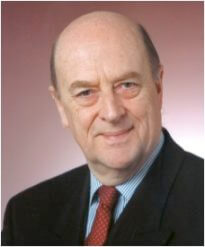 Richard Hunt is Emeritus Professor of Medicine and Gastroenterology at McMaster University in Hamilton, Ontario, Canada and a faculty member of the Farncombe Family Digestive Health Research Institute. He currently lives in Beaconsfield in the UK

Dr Hunt was Co-chair of the scientific program committee of the World Congress of Gastroenterology, Montreal, 2005. He was co-President of the OESO World Congress 2010 and co-organizer of the scientific program for the Falk 50th Anniversary Symposium on Environment and Lifestyle effect on Disorders of the Digestive Tract 2010. He has been on the faculties of numerous post-graduate courses including those of the ACG, AGA, UEGW, APDW and elsewhere. He has been Associate Editor of the Esophagus, Stomach and Duodenum, sections of the journal Gastroenterology, and a member of the Editorial Boards of 19 scientific journals. He has been Visiting Professor at Universities in the USA, Canada, Australia, Europe, South East Asia and South Africa, and has been an invited lecturer to Universities and hospitals throughout the world. He has over 350 papers and 400 abstracts including authoritative papers on clinical pharmacology, peptic ulcer disease, gastroesophageal reflux disease, Helicobacter pylori infection, colonic disease, and colonoscopy. He is the author or editor of 10 books and 69 chapters, and has produced 20 TV video films on peptic ulcer disease, reflux esophagitis, and colonoscopy. He has over 20,000 citations and an “h factor” of 71.