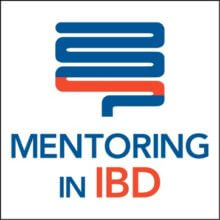 Dr. Jennifer Jones is an Associate Professor of medicine at Dalhousie University and Team Lead of the Nova Scotia Collaborative Inflammatory Bowel Diseases (NSCIBD) program at the Queen Elizabeth II Health Sciences Center in Halifax, Nova Scotia. Dr. Jones completed her core gastroenterology training at Dalhousie University in 2004 and went on to do a clinical and research fellowship in Inflammatory Bowel Diseases at Mayo Clinic Rochester in 2004 and 2005 under the mentorship of Drs. William Sandborn and Edward Loftus. From there she completed her MSc in Epidemiology while working in the IBD program at the University of Calgary, Calgary, Alberta. Between 2008 and 2014, Dr. Jones started as an Assistant Professor of Medicine developing the first provincial inflammatory bowel disease program at the Royal University Hospital (University of Saskatchewan, Saskatchewan Health Region). In 2014, Dr. Jones returned to Halifax to take on her new role in the NSCIBD program. Her clinical and research passions relate to quality improvements through collaborative care initiatives and patient centered program development, care access, nutritional intervention, and use of population-based data to evaluate IBD outcomes.