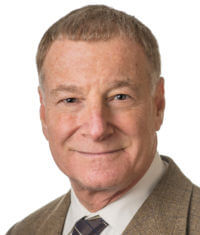 Stephen B. Hanauer is past President of the American College of Gastroenterology.  He completed a medical degree, with honors, at the University of Illinois in Chicago. His postdoctoral training included an internship and residency in internal medicine, as well as a fellowship in gastroenterology, at the University of Chicago.  He rose through academic ranks to become Professor of Medicine and subsequently was awarded the Joseph B. Kirsner Chair in Medicine and was designated Chief of the Section of Gastroenterology, Hepatology and Nutrition where he served from 2000-2014.  He was recruited as the Medical Director of the Digestive Health Center at Northwestern Medicine and is Clifford Joseph Barborka Professor of Medicine in the Northwestern Feinberg School of Medicine as of January 1, 2014.

Dr. Hanauer has authored over 400 peer-reviewed journal articles, books and book chapters, abstracts, monographs, and editorials.  Dr. Hanauer is ex-Editor-in-Chief of Nature Clinical Practice Gastroenterology & Hepatology and currently serves as Associate Editor (IBD) of Clinical Gastroenterology and Hepatology. He is also a member of the editorial boards of numerous journals, including the American Journal of Gastroenterology, and Inflammatory Bowel Diseases.