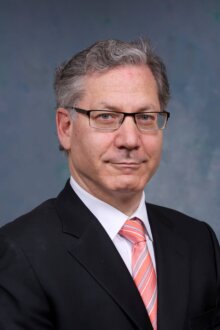 Dr. Charles Bernstein, a graduate from the University of Manitoba Faculty of Medicine, and the UCLA Division of Gastroenterology Fellowship Training Program is Distinguished Professor of Medicine, Bingham Chair in Gastroenterology Research; and Director, Inflammatory Bowel Disease (IBD) Clinical and Research Centre at the University of Manitoba. His main research interests are primarily related to IBD; in terms of optimizing management approaches; exploring predictors of clinical outcomes; and disease etiology including related to the gut microbiome.

Dr. Bernstein has been a pioneer in Canada in harnessing administrative health data to study chronic immune diseases and in developing a population-based database, the University of Manitoba IBD Epidemiology Database, that has both served as a model for the development of other similar databases in other provinces as well as a unique tool to study IBD. More recently, he has been actively involved in exploring the biological and clinical intersection between different chronic immune mediated inflammatory diseases.

He has published over 635 peer reviewed articles, 29 book chapters, and is a co-editor of one of the seminal gastrointestinal clinical-pathology textbooks. As of January 20, 2022, his H-Index is 93 and he has had over 39,600 citations. In 2009, he was named the inaugural Bingham Chair in Gastroenterology at the University of Manitoba. In 2012 he was elected into the Royal Society of Canada, Life Sciences Division of the Academy of Science. In 2019 he was awarded the Crohn’s and Colitis Canada Research Leadership Award.