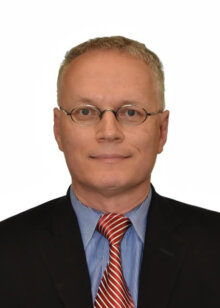 Prior to his current appointment as Professor and Director, Division of Gastroenterology, Alberta Health Services (AHS) Zone Head for the Edmonton Zone, and Director of the Inflammatory Bowel Disease Unit at the University of Alberta in Edmonton, Canada he served as Professor and Deputy Chief of the Department of Gastroenterology and Hepatology at Charité Medical School of the Humboldt-University of Berlin, Director of the Inflammatory Bowel Disease Center and elected Fellow at the Berlin Institute of Health (BIH) endowed by the StiftungCharité foundation. He was Visiting Professor at Yale University, New Haven, CT and Harvard University, Boston, MA, USA.

Dr. Baumgart is actively involved in the development and evaluation of novel diagnostic and therapeutic concepts for Crohn’s disease and ulcerative colitis including new modalities of optical detection to visualize inflammation, mucosal damage and epithelial restitution and image guided intervention. He has been principal investigator in some 200 multinational clinical trials.

A trailblazer of digitization he has a strong interest in evidence based medicine, application of computers and communication technology in education, research, integration of clinical and scientific data, mathematical modeling of diseases and artificial intelligenceultimately aiming to provide precision medicine at the point of care.

His basic science laboratory is focused on the investigation of dendritic cells in innate and adaptive immunity, especially microbial recognition and human microbiome.

Dr. Baumgart has been serving on the editorial boards of leading medical and scientific journals including The Lancet, Gut and Inflammatory Bowel Diseases for more than a decade, elected member of the Cochrane IBD special interest group, elected executive board member of the German IBD Compentence Network within the German Society for Gastroenterology (DGVS) and sits on various other national and international expert, consensus and guideline panels.

A BMW Herbert Quandt Foundation responsible leadership alumnus and passionate educator, Dr. Baumgart developed an innovative integrated clinical and research training curriculum for academic physicians, that received numerous awards including the VolkswagenStiftung foundation’s Off the Beaten Track award for its extraordinary design and visionary impetus to academia and has been approved by the German Research Foundation (DFG), Federal Ministry for Education and Research (BMBF), the German Council of Science and Humanities (WR) and adopted by German medical schools nationwide.