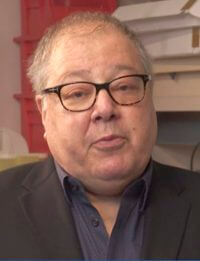 Dr Seidman’s first academic position as a clinician scientist was at Harvard Medical School (Massachusetts General and Boston Children’s Hospitals, 1983-85). He returned to the University of Montreal and was ultimately promoted to the rank of full Professor and Chief of the Division of Gastroenterology, Hepatology and Nutrition at Ste Justine Hospital, a post held until 2004. He then came back to his alma mater McGill University, as the inaugural recipient of the Bruce Kaufman Endowed Chair in IBD. He currently holds the rank of tenured Professor in the Departments of Medicine & of Pediatrics at McGill. Dr Seidman is Director of GI Research as well as the Advanced Fellowship Program in IBD at McGill.

Dr Seidman’s clinical and research activities (both basic science and clinical) are focused on immune-mediated GI disorders, most notably inflammatory bowel and celiac diseases. Dr Seidman is known internationally for his major contribution as the co-inventor of the thiopurine drug metabolite test. An author of over 250 original, peer-reviewed articles and more than 85 chapters and reviews, Dr Seidman was honored to be named the Canada Research Chair in Immune-Mediated Gastrointestinal Disorders. An internationally recognized IBD expert and researcher, Dr Seidman was elected to the International Organization for Inflammatory Bowel Disease. Among major grants funded, he is the principal investigator for a Canadian Institutes of Health Research New Emerging Team Grant in Clinical Autoimmunity focusing on Immunoregulation in IBD.